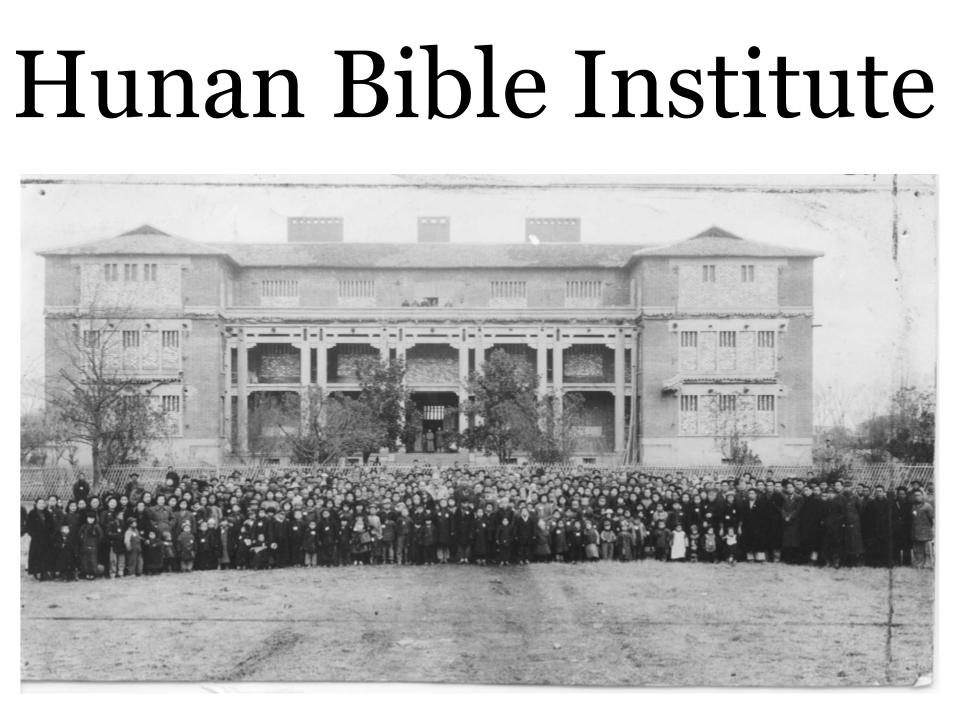 Dr. Frank A. Keller served many years as a missionary in China with China Inland Mission (CIM). In 1909, he began a houseboat ministry composed of local Christians who felt called to evangelize to their communities. Generous funding from Lyman and Milton Stewart, as well as demand for more intensive training for Chinese missionaries, allowed Keller in 1917 to found and superintend the Hunan Bible Institute under the supervision of the Bible Institute of Los Angeles (BIOLA). Students received rigorous training and classroom instruction in Biblical studies and mission work, and further funding from BIOLA allowed HBI to expand its campus and increase enrollment.